Dog behavior can be baffling. Why do they feel the need to chew on your shoes and furniture—even though they have a mountain of chew toys just a few feet away? Why do they insist on barking at the mail carrier—even though they come by the house at the same time every single day? Why do they do zoomies after a bath, roll around in the dirt, steal your socks out of the hamper and hide them all over the house…the questions are endless.

But there’s one dog behavior that’s especially baffling—and that’s when they decide to start eating dirt.

If your dog has a habit of turning your backyard into their very own personal snack drawer, you’re probably wondering why do dogs eat dirt—and what can you do to stop them?

Let’s take a look at some of the common reasons your dog might be eating dirt—and what you can do to correct the behavior (and protect your backyard):

Why do dogs eat dirt?

As mentioned, it’s not uncommon to see a dog treating a pile of dirt as if it were a tasty snack. But why do dogs eat dirt? It turns out, there are a number of reasons that could be behind this behavior, including:

One reason your dog might be eating dirt could have to do with medical issues—particularly with their gut and digestion.

“Often you will see this with pets who have GI issues like irritable bowel syndrome, SIBO, parasites, and liver and gallbladder dysfunction. Soil eating can be seen by the animal as a way of helping calm down gut issues.”

The condition pica could be another culprit. “Another, less common reason [a dog might eat dirt] is called pica,” says Carlson. “Pica is when a dog eats items other than food”—including dirt. Pica can be neurological or due to illness, making it important to let your vet know if your dog is suddenly eating non-food items with gusto.

Another reason your dog might be eating dirt could be a result of their diet—or, more accurately, what they’re not getting from their diet.

“Most dogs eat soil because they may be lacking micronutrients. This is the most common reason for dirt-eating,” says Carlson. “All diets have nutrients, but not all the nutrients are available to every dog. They may not absorb the proper amount of nutrients from their diet because the dog may lack the ability in their intestine to do so.”

Even if you’re giving your dog food that’s seemingly chock full of healthy ingredients, they still might not be getting the proper nutrition. “Sometimes…not all nutrients listed on the bag are actually available [in dog food],” says Carlson. “Just because it has the ingredients in there doesn’t mean the dog will receive it by eating the food.”

If your dog isn’t getting all the nutrients they need to thrive—either because their food isn’t giving them the nutrition they need or their body isn’t properly absorbing it—it could lead them to eat dirt.

Dirt is appealing to dogs

“Dogs are carrion animals, meaning they like pungent, vile-smelling things. As scavengers and foragers, dirt is an interesting and fun substance to chew on,” says dog behaviorist Russell Hartstein, CEO of Fun Paw Care, which offers puppy and dog training in Los Angeles. “The smell could be attractive, as well as the texture or taste.”

So essentially, the main reason that dogs eat dirt? It smells and tastes good to them. So while dirt might not sound like the most appealing snack to you, for your dog, it could be a completely different (and tasty!) story.

How to tell if your dog has been eating dirt 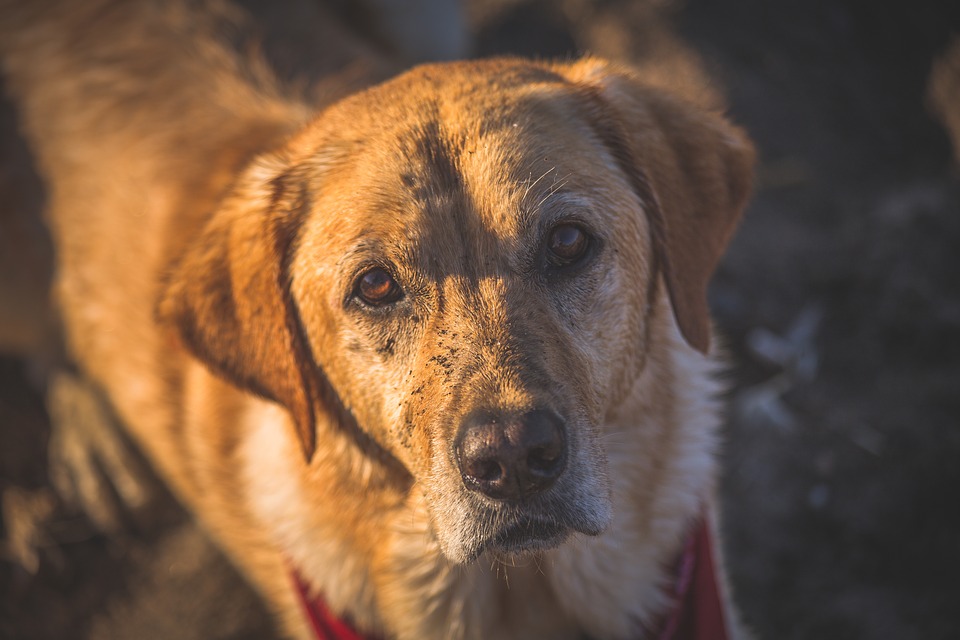 Clearly, there are a number of answers to the question “why do dogs eat dirt?” But that brings up another question—how can you tell if your dog has been snacking on dirt?

“If their mouth, face, head, tongue, or nose is full of dirt, that would be an obvious sign. Dogs aren’t great (and don’t care about) hiding things,” says Hartstein.

Your dog’s stool can also give you insight into what they’ve been eating—including dirt. “Dog feces will tell you a lot about a dog’s health—in particular, what they were eating that was eaten that was not edible or digested,” says Hartstein.

How to discourage your dog from eating dirt

If your dog is tasting your backyard dirt on occasion, it’s likely not a reason for concern, according to experts.

“If your dog is simply tasting vs. consuming large quantities of dirt continuously, it’s not a problem,” says Hartstein.

But if you notice your dog is consuming large quantities of dirt—or if their dirt-eating seems to be a compulsive bad habit—a little leash training and avoiding letting them roam the yard unsupervised could be all it takes to correct the behavior.

“Putting your dog on a leash is the easiest way to manage their dirt-eating,” says Hartstein. “After leashing your dog, practice having your dog look at you while walking and if your dog reaches down to eat dirt, distract him or get their attention through a cue you have established to enforce another more rewarding behavior. Make sure that the reward you are giving to your dog is more rewarding than the environmental reward of dirt-eating.”

If your dog continues to eat significant amounts of dirt despite training, the best thing to do is get in touch with your vet and schedule an appointment to make sure there are no medical or nutritional issues behind the behavior.

“A nutritional consult and [an appointment] with your veterinarian can help you determine why your pet’s dirt-eating activities continue,” says Carlson.

While there are several reasons your dog may be eating dirt, there is hope to diagnose and stop the issue before it becomes a larger problem.