Sure, there are plenty of people who think cats are just expert sleepers. They might call them lazy. Lethargic. Indulgent, even.

As cat-lovers, we know better. A cat’s specific breed plays a major role in the animal’s desire—or disinterest—in playful activity. In fact, a study published in the journal Scientific Reports in May 2019 confirms that your cat’s personality (and activity level) is largely determined by its breed.

As Meilan Solly reported in the Smithsonian, “The team found that different breeds do in fact behave in different ways; of these behaviors—including activity level, shyness, aggression and sociability with humans—around half are inherited. The starkest differences among breeds emerged in the category of activity.”

Of course, every cat is uniquely individual, so variations in energy levels do occur. But overall, these cats are among the least active cat breeds out there.

These less active cat breeds are ideal for:

Let’s get to know these low energy cat breeds. 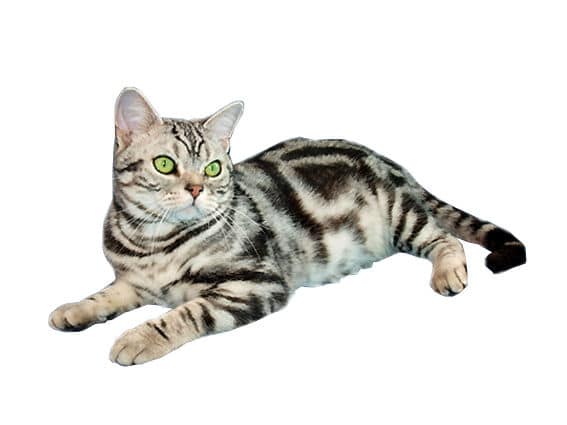 The American Shorthair’s friendly disposition makes it one of the most popular cat breeds. Typically, this laid back kitty will get along with everyone in the household, including small children and dogs.

Unfortunately, this even-tempered and quiet breed often suffers from excessive weight gain, exacerbated by their limited activity levels. It’s important to encourage even a small amount of exercise to prevent obesity and the health complications that follow. 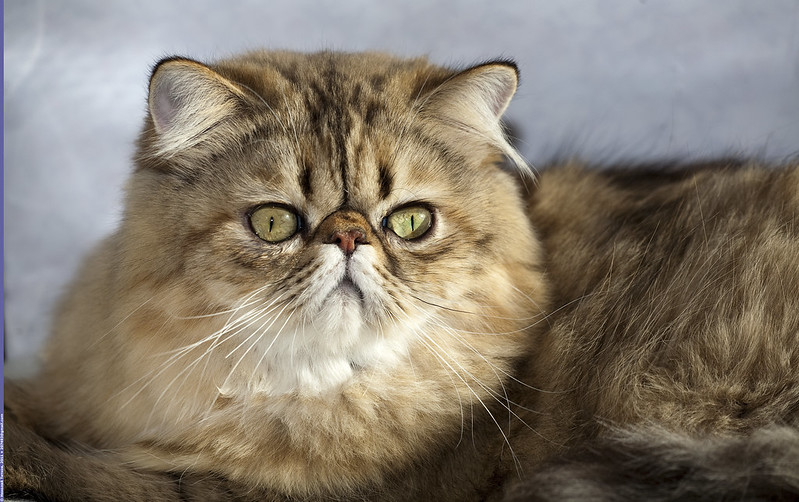 Here’s a cat who knows how to chill out. Even though you’ll need to spend more time grooming a Persian, his pleasant demeanor should more than make up for it.

You won’t need to worry about a Persian releasing his pent-up energy into destructive outlets. These cats prefer lounging with their humans over jumping on forbidden surfaces or clawing your furniture. 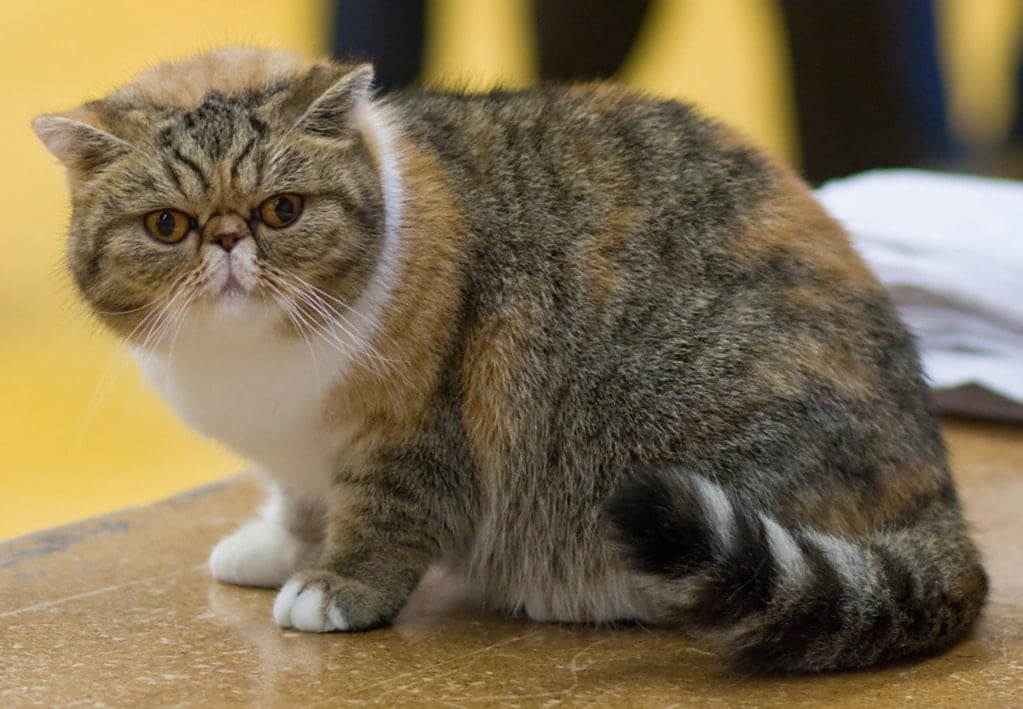 PetMD dubs the exotic shorthair as “a Persian without the pretensions.” They’re easy-going without crossing into aloof territory. The CFA considers this breed to be “sweet, affectionate, and quiet.” This is a cat who loves relaxing with his owners.

The exotic shorthair has a calming presence, and he’s happy to spend his time burrowing into a warm lap rather than dashing about the house. Renters take note: their docile attitude makes the exotic a good fit for apartment living. 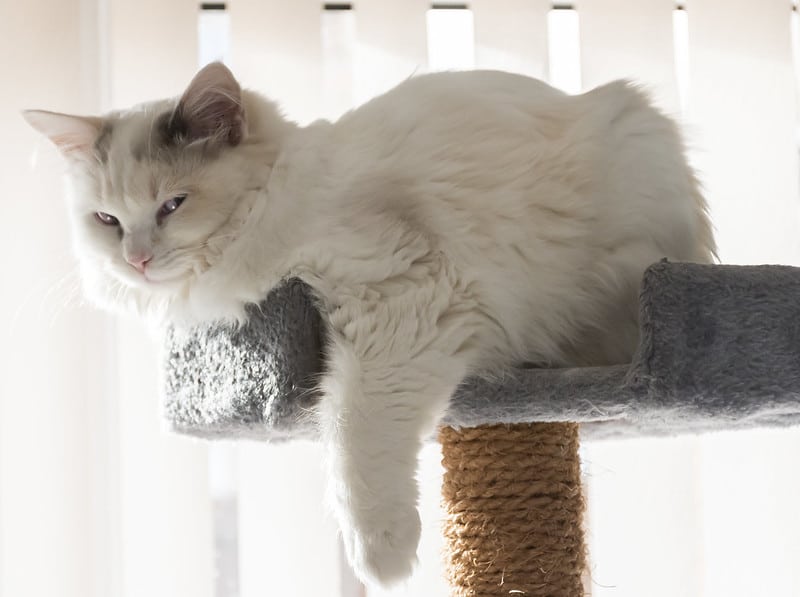 You could call the placid ragdoll an expert snuggler. These ultra-relaxed kitties earned their name from their tendency to go limp (like a ragdoll) when being held. If you prefer a laid back feline who’s content to curl up with you after a long day at work, the ragdoll may be for you.

They’re a gentle, soft-voiced breed tolerant of children and other pets. They enjoy attention, but they won’t demand it.

Without a doubt, the affable ragdoll makes the ultimate lap-cat. 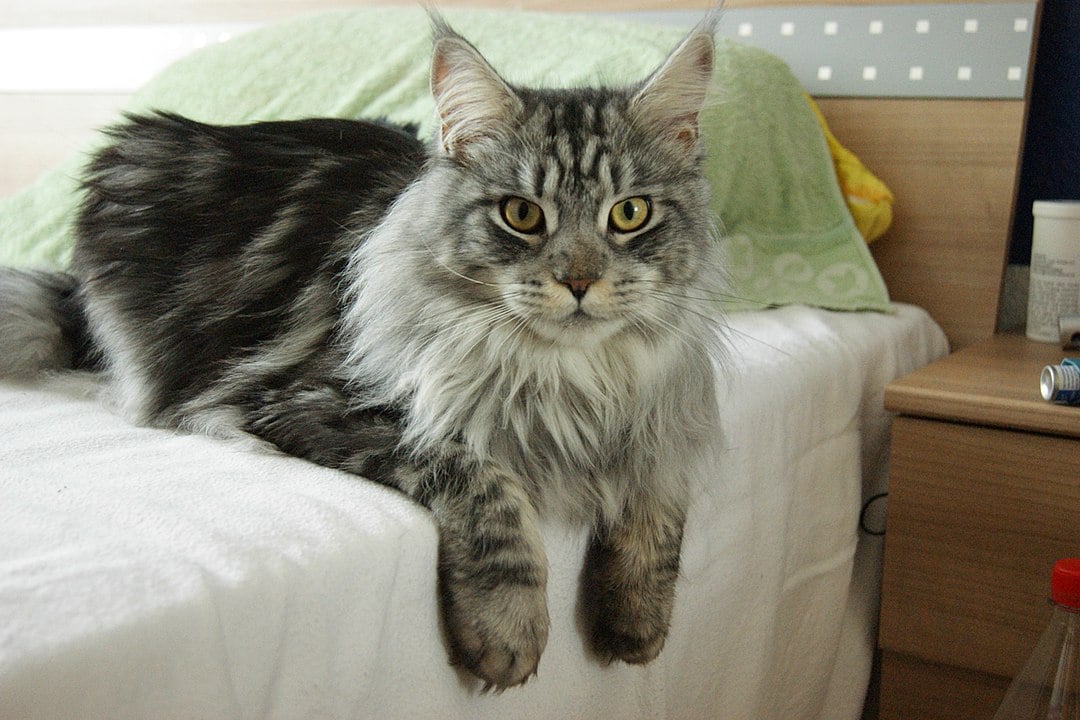 Aptly nicknamed “gentle giants,” the massive Maine Coon has a sweet, mellow disposition. While not timid or bashful, these cats are easygoing and get along with everyone, including other cats, dogs, and children.

While not overly demanding of your attention, they’ll still happily curl up on your lap—if they can fit! 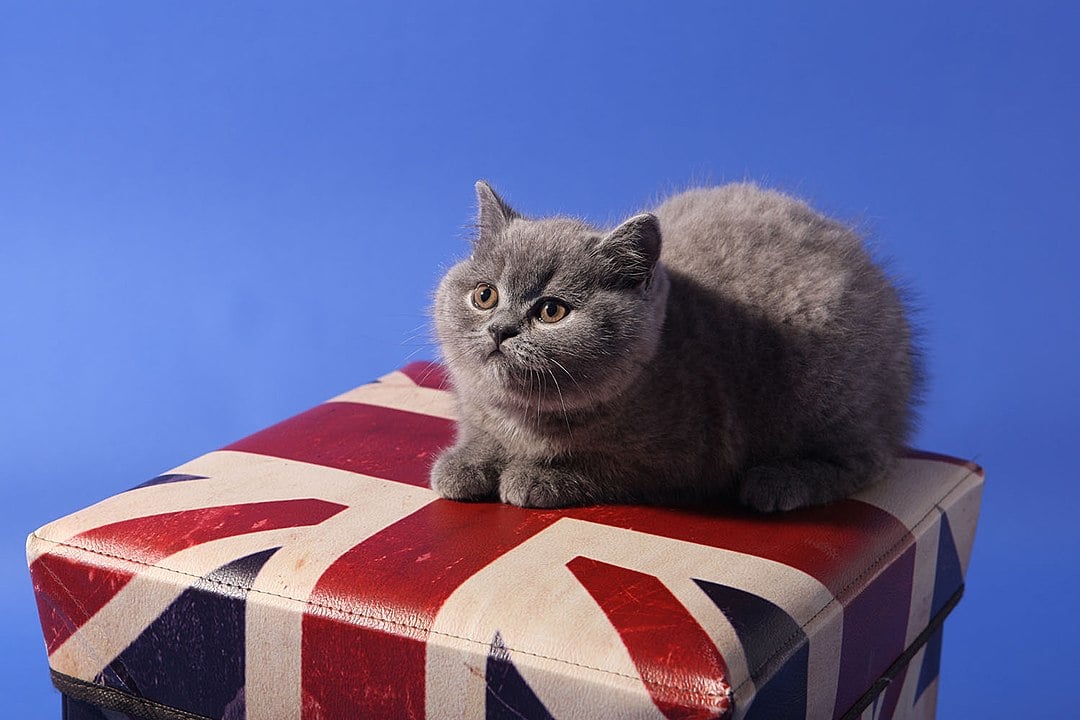 A portrait of understated grace, the British Shorthair enjoys attention but is equally happy to entertain himself while you’re away. As Vetstreet puts it, these cats “want to be with their people, not necessarily in a lap or carried around, but next to them or in the same room with them.”

As kittens, British shorthairs can be exuberant and playful. But their sedentary lifestyle tends to increase as they age.

Their mellow vibe means you won’t be fetching this cat from the top of the refrigerator any time soon. 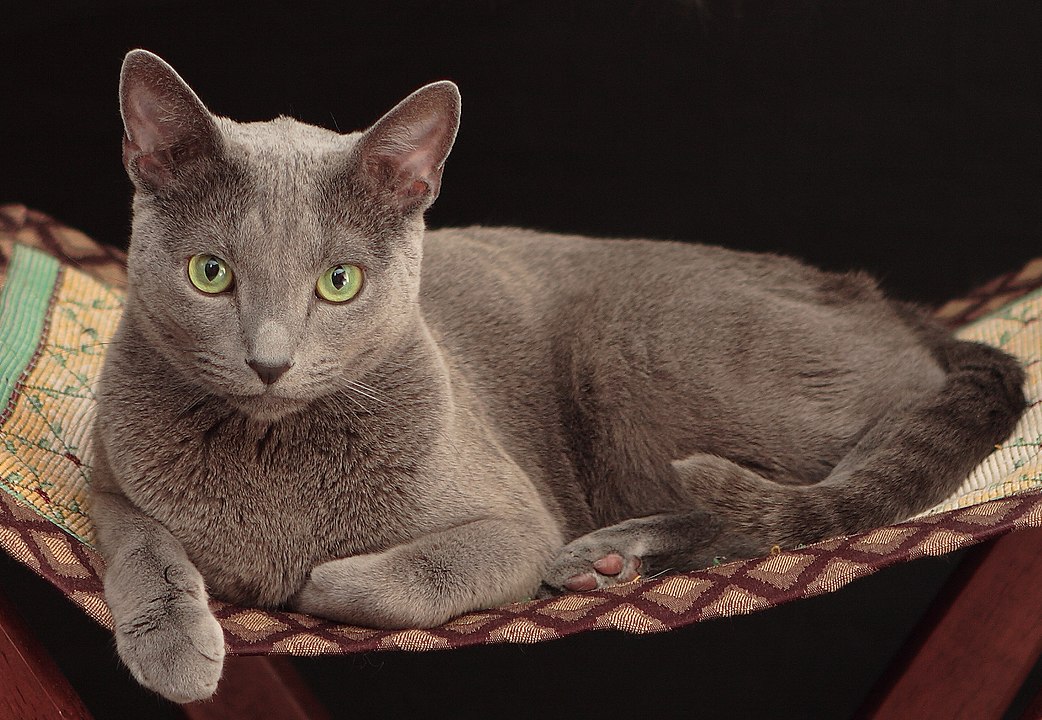 If you rent or own a smaller space, the Russian blue could be an accommodating addition. These graceful cats don’t require much space to run around. They’re on the quiet side, and they’re also incredibly independent, which makes them more willing to relax alone while you’re out. 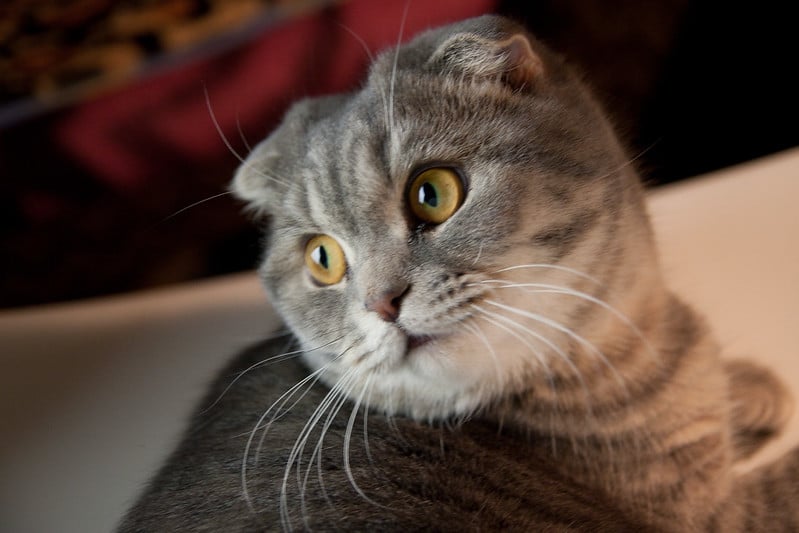 Instantly recognizable by their bent-over ears, the Scottish fold definitely makes the cut for our count of the least active cat breeds. These cats enjoy friendly human interaction, but their activity level is minimal.

No need to wear yourself out entertaining this kitty. The affectionate Scottish Fold loves relaxing on a cozy lap. Prepare to fall head over heels with their sweetly expressive face. 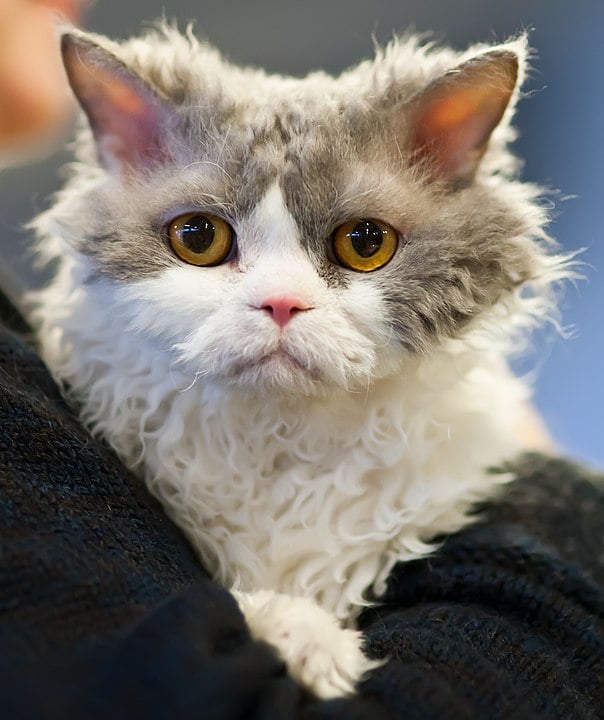 These curly-haired cuties are paradigms of patience and tolerance. While they have their playful moments, the selkirk rex won’t wear you out with unceasing activity. They’re also less demanding of your attention than other more vocal breeds. 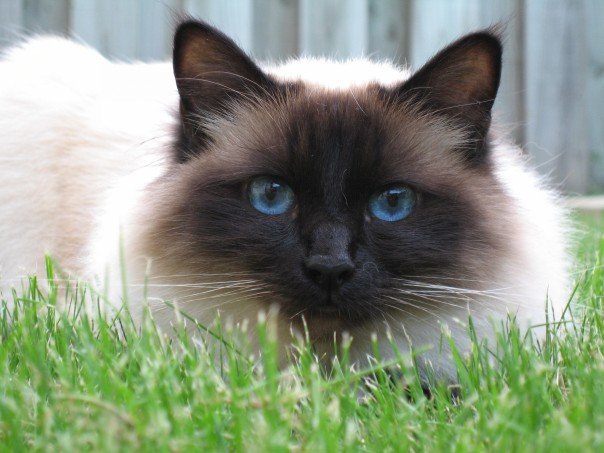 While still playful, the striking Birman is less active than many cat breeds. If you require peace and quiet at home, this low-maintenance feline will happily oblige. Keep in mind, however, that they still don’t enjoy long stretches of solitude. 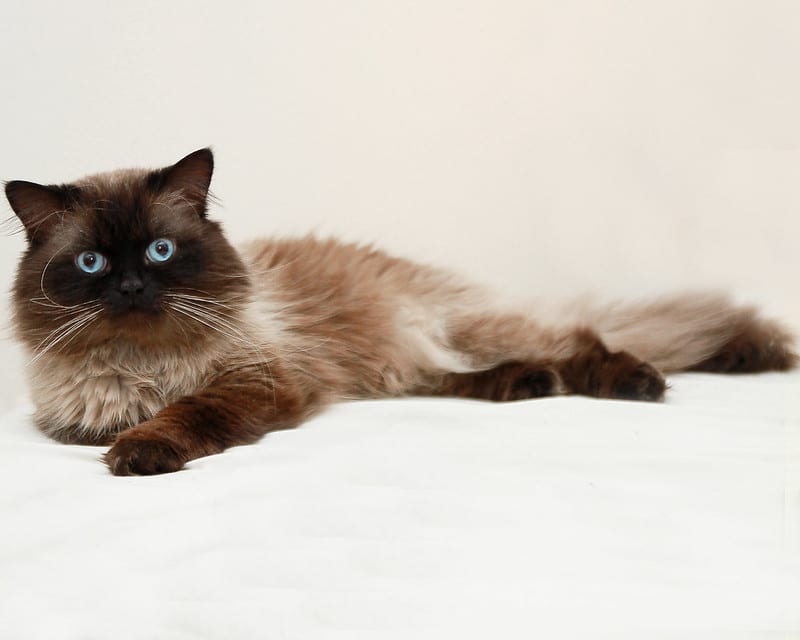 Unlike their Siamese ancestors, Himalayans are on the quieter side. While not completely inactive kitties, they prefer the coziness of a friendly lap to the rambunctious hijinks that their feline comrades might enjoy.

PetMD tells us that these low-key cats are perfectly content to spend the bulk of their time in relaxation mode. Their serene personality makes them well-suited for indoor life.

With our busy schedules constantly packed to capacity, perhaps we could learn a thing or two from our less active kitties. In fact, a nap sounds like just the thing—time to cuddle up!